Wrongful Death | Teen Car Wreck Fatalities Are On the Rise

Teens are three times more likely to be involved in a fatal car wreck than other adult drivers.  The CBS Evening National News this week devoted a portion of its nightly national coverage to a report on the alarming statistic showing that fatalities among teen drivers increased significantly in 2012.  This article is devoted to summarizing that CBS report and the referenced studies. 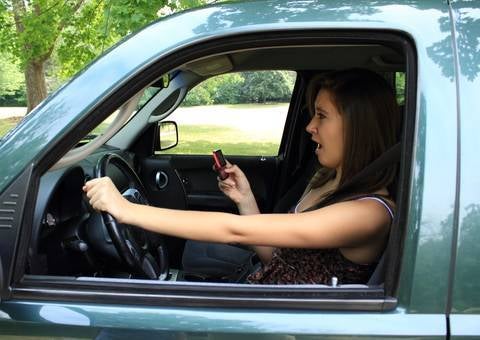 Fatal motor vehicle accidents are the number one killer for U.S. teens, according to new data from the Center for Disease Control and Prevention.  “Teens have the highest crash rate of any group in the United States.” [i]  Seven teens between the ages of 16 to 19 years old die every day in a fatal car crash. [ii] This and other findings are the results of a study conducted in conjunction with Erie Insurance and Institute for Highway Safety which analyzed data from the U.S. Department of Transportation to sift through car wreck statistics.[iii]  If the actual numbers are not alarming standing alone, this study found that teens are three times more likely to be involved in a fatal car crash than their adult driver counterparts. Id.

Why?  There are a number of contributing factors.  First, “teens are the least likely to use a seatbelt out of any age group, according to Erie Insurance, and not wearing a belt was found to be the main cause of teen car crash deaths.” Id.  Second, distractions are a major factor contributing to teen deaths. The study found that using a cell phone, eating, or any other distractions, increase the likelihood of an accident. Id.  Third, driving with other young passengers in the car created a unique and verifiable increased risk.  Specifically, AAA Foundation for Traffic Safety found that compared to driving with no passengers, a 16 or 17 year old driver's risk of death per mile driven:

Note:  statistics based on having no older passengers.  For their complete summary, click on Teen Driver Risk in Relation to Age and Number of Passengers.

If these statistics are not sobering enough, the CBS news report cited through its WUSA affiliate that AAA Foundation for Traffic Safety's study also found “1 out of every 7 drivers aged 16 to 24 admit to falling asleep at least once while driving last year.” [iv]” This is especially critical because “research shows that fatigue impairs safe driving, with many symptoms causing drivers to behave in ways similar to those who are intoxicated” according to AAA President & CEO Robert Darbelnet.[v]  Similarly, the Centers for Disease Control and Prevention found that for teenagers, at all levels of blood alcohol concentration (BAC), the risk of being involved in a car wreck was greater for teens than older drivers.  22% of drivers aged 15 to 20 that were in a fatal crash had been drinking.[vi]  In a 2011 survey, 24% of teens admitted to have ridden with another teenager who had been drinking, and 8% admitted to have driven after drinking within the month the survey was conducted. Id.  And finally, although texting when driving for any age driver is a major distraction, as it relates to teenage drivers, more than half of high school seniors (58%) and almost that many high school juniors (43%) admit that they text or email while driving.[vii] 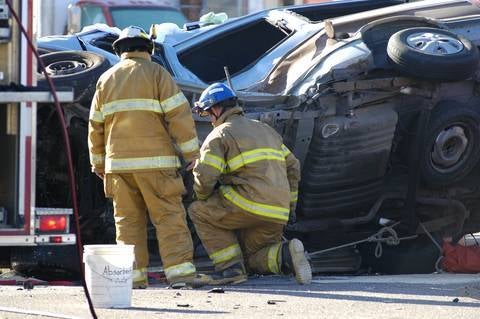 What can be done to improve the odds for young drivers?  In Georgia, there is legislation aimed at increasing safety among teen drivers in The Teenage and Adult Driver Responsibility Act (TADRA), which is a graduated driver licensing procedure for Georgia teens between the ages of 15 and 18.  It incorporates Joshua's Law which requires that any 16 year-old driver who wishes to obtain a Class D Intermediate license complete a driver education course approved by the Georgia Department of Driver Services and complete an overall total of at least forty hours of other supervised driving experience with a licensed parent or guardian, including at least six hours of driving at night.

Georgia has other laws to increase safety standards.  For instance, O.C.G.A. § 40-6-391 is Georgia's DUI statute that prohibits a BAC of .08 or more, but for those under age 21, that level is just .02%.  Also, while O.C.G.A. § 40-6-241 requires all motorists to exercise “due care,” it alone does not totally prohibit cell phone use.  However, Georgia recently enacted O.C.G.A. § 40-6-241.1 which does prohibit a driver who has a learner's permit or a Class D license and is under the age of 18 from using a cell phone in any way while operating a motor vehicle, except in cases of emergency.  By comparison, older drivers are now prohibited from “writing, sending, or reading any text based communication while operating a motor vehicle.”  O.C.G.A. § 40-6-241.2.

With all the ‘bad' statistics reported in the referenced studies, AAA Foundation for Traffic Safety did find that as it relates to having other persons in the car with the teen aged driver, a 16 or 17 year old driver's risk of death per mile decreased by 62% when a passenger aged 35 or older was in the vehicle![ix]

Good driver training for young drivers is a must.  Also, educating teenage drivers on special laws that exist to better ensure their safety and making them aware of other risks factors can increase the odds your young driver makes it home safely.