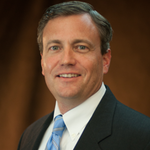 Sam is an experienced trial attorney and engineer. As the managing partner for his law firm he has been a driving force for office automation, innovation and efficiency. It was this relentless quest that led Sam and his law partner Jeff to develop a cutting edge case management system now available for purchase and licensed use by other lawyers.

He has a long history of local ties to middle Georgia. Sam was born and reared in Marshallville, Macon County, Georgia, in a family associated with the origin of today's Peach industry. Sam earned his B.S. degree in Ocean Engineering at the United States Naval Academy and was commissioned in the U.S. Navy in 1993. After completing the Navy's nuclear power training program, he served aboard a fast attack nuclear submarine as a naval Submarine Warfare Officer and was certified by the Naval Reactors Division of the U.S. Department of Energy as a Nuclear Engineer. In the Navy, Sam maintained a Top Secret – SCI security clearance and circumnavigated the world during his tour of duty, successfully completing missions vital to U.S. national security, before beginning his legal career in 2002. Sam holds his Juris Doctor from the Norman Adrian Wiggins School of Law at Campbell University in Raleigh, North Carolina.

Sam's law practice is now devoted to representing the rights of the injured, the families of deceased victims, and a select number of other clients in litigation. He has repeatedly served as lead counsel in jury trials resulting in six and seven figure verdicts, numerous bench trials, hearings, and motions. He has been recognized as one of the top young lawyers in Georgia and named a Georgia Rising Star by Atlanta Magazine and the Super Lawyers™ publication (only 2.5% of the total lawyers in Georgia are listed as a Rising Star). Sam has also received the “AV” Preeminant Rating by Martindale Hubble, the highest attorney rating for demonstrated skill, professionalism and ethics.

As a founding partner with Symbioshare, Sam works closely with lawyers in strategic planning to put OnPoint.Legal and its capabilities to work for their businesses.

Sam is married and has three children. He is one of the founding members of the practice.

Connect with Sam on LinkedIn.