Product Defects | Are You Driving One of The Deadly GM Vehicles on Georgia Roads?

How would you feel if the manufacturer of your car knew that it had a life threatening defect and didn't do anything about it?

The news reports recently regarding the recall of 2 million GM vehicles, including the 2003-2011 Chevrolet Cobalt, Pontiac G5, Solstice, and Saturn Ion, seem to indicate GM did exactly that.  These vehicles were recalled due to an ignition switch defect that affects the operation of the airbag system which causes the airbag to possibly not deploy during an accident if the key switch is in the run position and causes issues with the power steering system.  It is suspected that thirteen people have already died in accidents because of this defect. The National Highway Traffic Safety Administration (NHTSA) initiated the recent recall of GM vehicles.  The NHTSA is responsible for the creation and enforcement of Federal Motor Vehicle Safety Standards.  Established by the Highway Safety Act of 1970, this agency's stated mission is to “save lives, prevent injuries, and reduce economic costs due to road traffic crashes.”  It is a major consumer safety agency that is supposed to protect Americans from the unsafe practices of car manufacturers. 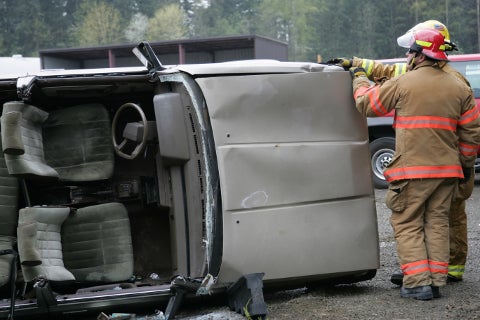 Recent internal documents released by the House of Representatives show that Mary T. Barra, the chief executive of G.M. knew about the product defects as early as 2011. Despite when Ms. Barra was made aware of the problem, it is clear that something more could have been done to prevent the senseless deaths caused by these defects.

You might ask why the NHTSA did not issue a recall earlier considering how long there have been reports of problems with these GM vehicles.  According to Joan Claybrook, who was once head of NHTSA, a “revolving door” exists between companies like GM and the NHTSA, with former employees of the NHTSA leaving for higher paying jobs with car manufacturers.  Claybrook also thinks that it could just be down to regulators at the NHTSA being overly cautious.

So how can you protect yourself from defective vehicles?  While you can never be completely sure that there isn't a defective part in the car or truck you are driving, researching before you buy is the best defense against being a possible victim of a car manufacturer cutting corners.  Websites like Motortrend.com research vehicles for you and provide their research to help you determine the safest vehicle for you.  If you are concerned that the vehicle you are driving now may be dangerous due to defects, another great resource is NHTSA's website, NHTSA.gov.  Regardless of what website you use, being aware of how dangerous vehicle defects can be and what resources exist for you to research them could be a matter of life and death for you or your family members.