How the Supreme Court became so powerful

Most people would be surprised to learn that the United States Supreme Court was never meant to be terribly influential.  This is the first part of a blog series that will look at how the role of the Supreme Court has changed over the years. 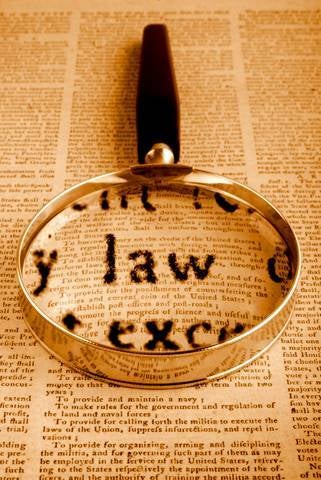 was a circuit made up of six justices that heard appeals from Federal District Courts or ruled on issues where it held original jurisdiction such as international disputes. It wasn't until 1803 before the Court became what it is today.

Interestingly, it was the Court's inaction that created their powers.

Of course Thomas Jefferson, a Democratic-Republican, was not impressed.

Interestingly, the Democratic-Republican party split in 1824 creating the Democratic Party and the National Republican Party whose members later became Whigs and formed the modern Republican Party.  For those that really follow politics, it should be no surprise that the current Democrats and Republicans were actually the same party at one time.  Perhaps this explains why they aren't that different now.

So, Thomas Jefferson opposed the appointment of the “midnight judges” and, like all good Americans, William Marbury, who had been appointed Secretary of State, sued in Federal Court seeking what is called a writ of mandamus. A writ of mandamus is effectively a court order commanding a particular act.

At that time, Chief Justice John Marshall, who had been appointed by John Adams, stepped in to really shake things up.  The Marshall Court ruled that Marbury should be seated, but also ruled that the Supreme Court did not have jurisdiction to issue a writ of mandamus. In so ruling, the Court determined that it would be unconstitutional for the Court to issue the writ because it would be unconstitutional.

Thus, the Supreme Court decided to seize the power to determine what is or is not constitutional for the first time in Marbury v. Madison.

So you might be asking, if the Court seized the power to rule on the constitutionality of laws, where did it take the power from?  That is a great question and I am glad you asked.

Consequently, with the decision in Marbury v. Madison the concept of “Judicial Review” was born.  Judicial Review was later solidified in American politics by Cooper v. Aaron never to be challenged in any real manner again.

As we move forward with this series, the key question to understanding the balance of power in Washington is this, “Who decides?”  It is the person or persons that decide who have power.  Clearly, as it relates to constitutionality of laws, the United States Supreme Court now decides.

As a side note, Jefferson's Vice President, Aaron Burr, Jr., who actually tied President Jefferson in the 1800 election and helped preserve the principal of Judicial Review as President of the Senate, was killed in a duel by Alexander Hamilton, leader of Adam's Federalist Party.  Alexander Hamilton was instrumental in Burr not being elected president by the Senate in 1800.

And you think politics is rough today.