How the Supreme Court made the States Impotent

“Congress shall have power to regulate commerce among the several states.” 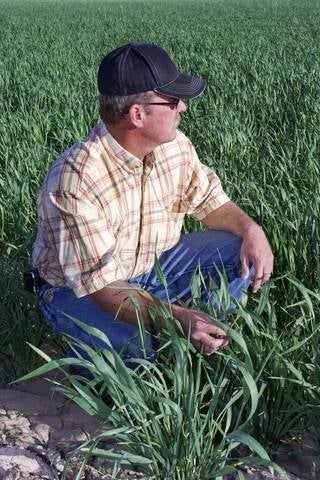 Art. I, § 8 of the United States Constitution. What on earth does that clause really mean?  One of my favorite law professors used to say, “it depends.”  Based on my last article, we now know who decides.  So we must look to decisions of the Supreme Court to see how it is interpreted to answer the question. The case of Gibbons v. Ogden in 1824 is the first case that push some flesh on the bones of this clause.  In that case, New York had granted an exclusive license Robert Livingston and Robert Fulton to navigate New York state waters.  The two assigned their license to Ogden.  However, Gibbons had been granted a simultaneous license to do the same by the Federal Government. The Marshall court (seeing a pattern yet) ruled that New York's license to Ogden conflicted with Federal law, Gibbons' license.  The court further found that Gibbon's license was valid under an enumerated power, the commerce clause, and therefore New York's license to Ogden was null and void under the Supremacy Clause. What is not obvious to many people is how controversial the court's decision that Gibbons' license was valid pursuant to the Commerce Clause was.  You see, only states have police powers.  Ogden's license was granted to improve safety for New York travelers on these dangerous new steamboats.  The health and safety of citizens is solely within the powers of states. The Federal government granted its license to Gibbons to regulate the coasting trade which is clearly related to commerce. Consequently, the result of the court's ruling is that States cannot pass laws, even if regulating purely internal affairs, if those laws are contrary to a Federal law that is constitutional.  Thus, the ruling created a crowding out affect.  All that Congress had to do was create a conflict between the internal business of states and some interstate commerce issue, and the Federal government could effectively seize what had previously been a state concern and power. Now that Congress had its foot in the door and the United States Supreme Court to back them up, the flood doors of litigation were open.  A good example of this flood can be found in Wickard v. Filburn. In 1938, the liberal Congress decided to throw big farm a bone as part of the New Deal.  The Agricultural Adjustment Act was born.  The act limited certain crops to reduce supply and drive up prices. After the act, Filburn had decided to grow more than his allotment of wheat.  The extra wheat was used purely for his family's consumption on the family farm.  The Supreme Court applied a new principal called the “cumulative effects principle.” Under this principle, the court would determine whether an act would affect interstate commerce if everyone did the same thing.  In other words, if everyone grew excess wheat on their farm, would this affect interstate commerce?  The answer to that question for Filburn was yes.  By growing excess wheat, farmers would not be required to purchase wheat for their own consumption and therefore would reduce interstate commerce.  Did you catch that – although interstate commerce was not affected by Filburn, if everyone grew excess wheat, fewer farmers like Filburn would purchase wheat that may or may not have crossed state lines.  Consequently, Filburn's act affected interstate commerce.  WOW! This decision meant that congress could affectively regulate any commercial enterprise as long as the imagination can find a way for that act to in some way touch on interstate commerce. Thus, with this decision, Congress gained the power to regulate any and every commercial activity in the United States, even if that activity did not affect interstate commerce.  This was so not because actual interstate commerce was affected, but because it could conceivably be affected if done on a larger scale. Today, if you deposit money in a bank it moves in interstate commerce.  Thus, under the cumulative effects doctrine, every product, every service, and every contract results in money moving in interstate commerce.  Consequently, the commerce power has effectively made Congress all powerful and completely removed the independence of States to regulate business and individuals to be left alone.