How far can you go to protect your property?

There is a fine line between protecting your property and wrongful death.  Where does the law draw the line?

In Georgia, we take property rights pretty darn seriously.  Of course, the value of property rights aren't something that originated in the south.  One must only look to the Third Amendment to the United States Constitution that prevented the Government from being able to use a person's property during times of war, or the Fourth Amendment that prevents unreasonable Search and Seizure of a person's property.

While most Americans are familiar with their constitutional rights, the role that property ownership has played in our country runs much deeper. For example, In 1790, only property-owners who were Christians could vote.  Of course, twenty years later, allreligious pre-requisites to vote were removed, but property ownership remained intact. 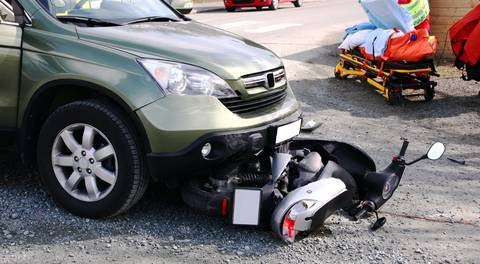 So if a person has a right to their own land, how far can you go to protect your property?  Not as far as you might think.

This past weekend a teen died from injuries incurred when the teenager hit a metal cable strung between two trees.  Authorities say the cable was placed on the property to keep unauthorized motorcyles off private property.

Now I doubt the owner of this property intended to kill someone; however, that was the result of this motorcycle acccident.  Our case law is full of similar instances.  The first I can remember was a case involving a spring loaded shotgun.

I bet most of us can remember putting a bucket of water above a door set to fall on an unsuspecting intruder (our sisters or brothers).  This isn't much different from a spring gun.  A spring gun is set to discharge upon the happening of an event such as a door opening.  The result of one is a wet shirt, of the other is a potential Wrongful Death case.

In 1971 a property owner of an unoccupied farmhouse in Iowa had placed “no trespass” signs on the property because the property had been vandalized and burglarized many times.  Taking things a step farther, a shotgun was carefully placed to shoot at an intruder, but was purposefully aimed only at the legs to prevent serious injury.  When Marvin Katko entered that farmhouse to collect old bottles and fruit jars, the sping gun went off injuring Mr. Katko.  The Iowa supreme found that while deadly force is justified for self-defense, it is not justified to protect property.

But what about the rights of property owners whose property is being vandalized.  What rights do they have if they can't protect their property from intruders?

Well, the answer lies in what lawyers call premises liability.  Individuals on property are classified as either an invitee (person whose presence benefits both the person and the property owner), a licensee (visitor permitted on the property), or a trespasser (someone on the property without permission).

For an invitee, like a customer at Wal-Mart, the store has a duty to protect the invitee from harm that the store knows about.  This is why you see “Caution: Wet Floor” signs.  This duty also requires the property owner to inspect property and fix any dangerous conditions.

For a licensee, like a person invited to a party, a property owner still has a duty to warn of known hazards, but does not have to inspect for or fix dangerous conditions.

In this motorcycle case, the property owner created a dangerous condition for the purpose of stopping trespassers.  The dangerous condition was a tight rope that injured the teen leading to asphyxiation of the brain.  Consequently, the landowner may be held civilly (and potentially, criminally) liable for his/her actions.  A much better alternative would have been a road block or perhaps monitoring the property and calling the police.

Instead, the owner of that property is looking at a Wrongful Death suit.

As a potential invitee, you need to know that just getting harmed on someone's property is not enough.  The owner must have some knowledge of the hazard.  This provides businesses with considerable protection from “slip and fall” negligence.  Consequently, people who are hurt at a business need very specific and experienced advice on how to deal with their injuries and should contact a lawyer to understand their rights and just how difficult it is to prevail in that type of case.