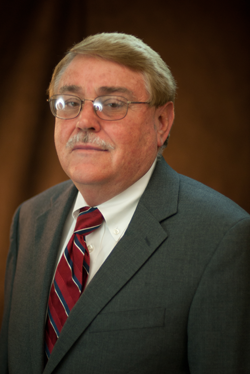 Malcom will remain an integral part of our legal team serving as Of Counsel under our new name, Rumph Childers, P.A.

Whether you were a former client of Mr. Lindley, or whether you are among all of our values clients at Lindley, Powell & Rumph, P.A., we know that you will want to joint us in wishing Malcolm a relaxing and well deserved retirement.

Malcolm was born in Olympia, Washington.  He received his undergraduate degree from the University of Florida in 1968 and was awarded his J.D. degree from the Walter F. George School of Law at Mercer University in 1977.  He completed U.S. Navy Flight School in Pensacola, Florida, served five years in the U.S. Marine Corps as a pilot, and obtained the rank of Captain. Malcolm has been in private practice as a plaintiff's attorney throughout his legal career of more than thirty-five years.   During his career Malcolm has represented over 8,000 clients in personal injury claims with numerous million dollar and multi-million dollar recoveries.  In workers compensation catastrophic cases, he has obtained completely new handicapped accessible homes and customized handicapped vans for his clients who are severely impaired.    In recent years, nursing home neglect, medical malpractice, and wrongful death cases have taken on more prominent role in Malcolm's practice.  While significant damages can be recovered, legal action is required and is instrumental in improving the quality of care in these facilities.   Malcolm's most notable personal achievements include climbing Mount Rainier and sailing his thirty-five foot sloop to Havana on two occasions.